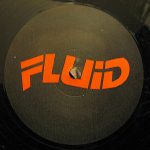 An early production from a man who went on to bigger things with a slightly different sound, the debut release from the chap they call Seba under the slightly odd Peanut Planet guise. It all sounds very similar to Omni Trio and, in fact, this could well have been a track tucked away on any
Read More Sebastian Ahrenberg aka Seba has arguably been one of the most consistent producers in the game since his introduction to the UK scene (along with Lo-Tek) on LTJ Bukem’s Looking Good imprint in 1996. But you you can trace his career back further than that. Prior to his GLO excursions he was a member of a
Read More

Today’s tune of the day is by Staffan Soderman (Lo Tek) and one of the most prolific producers of the Drum & Bass/Jungle scene: Sebastian Ahrenberg (Seba). But this is not to undermine Lo Tek, as he has partaken in many great collaborations during the 90s that have really aged well through time, including today’s TOTD. The track, initially
Read More