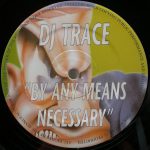 DJ Trace‘s contribution to the development of drum and bass will always be measured by his scene changing remix of T Powers “Mutant Jazz”, and rightly so. Combined with his releases on No U Turn, Prototype and Virus the darkside of Duncan Hutchinson helped change dnb forever. His work with respected producer Pete Parsons though
Read More