Drumtrip is designed to be your complete destination for all things hardcore and jungle.
From 1990 to 1997 Drumtrip will be focusing on artists like 2 Bad Mice, Nookie, Photek, LTJ Bukem, Invisible Man, producers from the pinnacle.

Bringing you all the best mixes, links, repress information, bargain tune recommendations, interviews and anything else you can think of.

If you are interested in writing for Drumtrip, or would like to submit anything contact us here*
*Please remember that Drumtrip is for hardcore, jungle and drum and bass, primarily between the years 1990 to 1997. So we won’t be accepting any promotional requests for some new hot dubstep or deep house producers! (got a lot of them lately).

A bit about Law 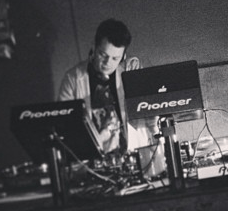 I’ve been mixing since 1998 and after dabbling in garage, house and trance it became apparent that drum and bass just felt right.

Over time I found myself more and more drawn into the period between 1992 to 1996 as I became less of a DJ and more of a collector. Scouring second hand record shops across London as well stalking eBay and Discogs relentlessly.

Since then I have played the odd gig around London and my home county Hertfordshire, as well as holding stints on pirate and internet radio.

In 2009 I launched a record label called Repertoire which went on to have a single vinyl release as well as three digital releases. As of 2013 and beyond the label is now up and running again and is managed by Ben CT after a three year hiatus. For more details on Repertoire check out the Soundcloud page at https://soundcloud.com/repertoiresound

Any questions or bookings you can contact me at ….