Maph and the gang at @BeautifullyCrafted-Jungle return to Drumtrip Radio for two hour show chock full of heady-goodness. soundcloud.com/drumtrip/sets/drumtrip-radio Get the schedule and archives for Drumtrip Radio at drumtrip.co.uk/radio/ Follow us and get alerts for the shows at mixlr.com/drumtrip/ Tracklist: Alaska – Invisible New Vision – Symbols Photek – Hidden Camera (Static Mix) Intensity –
Read More Next up at the controls for the “Long live beautifully crafted jungle” Facebook group is Tim Reaper. Over the last few years young London producer Tim Reaper has built up a reputation for creating high energy, amen fueled jungle tracks, but he does have a more chilled and atmospheric side to his productions and DJ
Read More 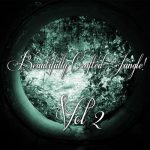 Next mix up from the Long live beautifully crafted Jungle!” Facebook group comes courtesy of Thumbzo. Thumbzo draws for a deep jungle selection with a few anthems chucked in for good measure. Next on the agenda for Beautifully crafted Jungle is a trip to 1993 for volume three, and at some point there will be a Drumtrip special (when I find the time to get it
Read More