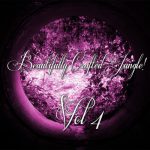 Rarely has a production team put out such a relatively small number of releases yet managed to almost effortlessly cover so many changing musical styles in the hardcore & jungle spectrum. Starting out releasing straight up hardcore on Underground Level the trio went on to produce some awesome stuff in ’93 for Rugged Vinyl. By
Read More 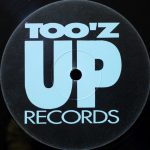 Great mix by Tommy the Coat here showcasing the excellent yet underrated label Too’z Up Records. Too’z Up was the playground for the equally underrated producers Sub Sequence who, with a little help from Intense, created a slew of smart, forward thinking jungle releases from 1994 to 1996. Sub Sequence were a duo comprised of Walter
Read More Friend of Drumtrip, DJ Recoil from across the pond in Canada hits us with yet another punishing mix of deep and dark jungle. A real vintage and sometimes obscure selection featuring an unreleased track from jungle vet Bay B Kane. A few words from the man himself…. This is a mix I did yesterday – March 18th.
Read More