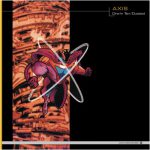 Drumtrip TV #5 was captained by myself Law, and it was fantastic voyage into very nice beats and bass. The set comes in at just over an hour and it was a real random selection, almost picking out the first vinyl that came to hand when thrusting around in the crates and shelves, and it turned out
Read More
This might be the second mix of Eazyflow we have featured, this one thunders out some classic darkcore styles with some total classics like Shot In The Dark and Terminator, alongside few more obscure bits in the mix. Following on from the early 93 mix I posted a couple of weeks ago which was on
Read More
A mix from myself here, a random selection of a few not so obvious tunes. Tracklisting looks like… 01.. Remarc – Ricky (Remarc & Lewi Cipher Remix) – Dollar 02.. Funky Porcini – King Ashabanapal (Dillinja Remix) – Ninja Tune 03.. Desired State – Killer Beat (Q-Bass Remix) – Ram 04.. Suburban Knights – State
Read More
Been a while since I last put together a little jungle mix, so I dug about and came out with a few deep numbers, mostly that still have that hardcore edge. To download hit the down arrow on the right of the player. Jungle Hardcore Feb 2010 by The Law on Mixcloud 01.. Invisible Man
Read More