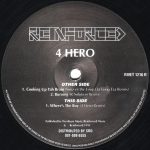 Guest post by Matt @ DnB 365, check out the site. 4 Hero – Cooking Up Yah Brain (Sonz of a Loop Da Loop Era Remix) (Reinforced, 1992) Back in ’92 London’s Kiss 100 was a very different station to the one it is today. Just two years removed from being granted a license after
Read More 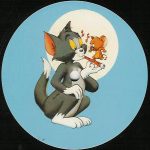 You won’t come across a more dedicated follower and collector of jungle than DJ Extreme. Over the years Extreme and his site Hardscore have provided countless people with countless mixes, both his own and ripped tapes from his personal collection. This mix here features all the early work from 4Hero alias Tom & Jerry, the selection takes you
Read More
J-Rolla has a record collection that would be the envy of pretty much anyone, I often gawp it on Discogs and try desperately to find a 12″ of mine that he doesn’t own, I rarely win. To further reinforce this fact he often puts together splendid mixes across the hardcore, jungle, D&B spectrum as well as Dubstep and probably
Read More