For perhaps the most respected label in the drum & bass scene, a label with a collective vision to steer jungle beyond standard dance-floor fare, most Metalheadz releases actually go for pretty cheap. In fact, with the exception of perhaps four or five 12”s amongst their first 30 from the golden era, collectors can pick
Read More 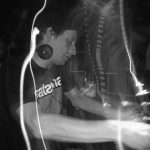 DJ Lee has been around since the beginning, and as such has many an unreleased tune knocking about which he has kindly put up in the form of a Metalheadz podcast. Unreleased tunes from around 1993 onwards, some big ones to from Peshay. Doc Scott, Photek, PFM, Roni Size and more. Thanks to the people
Read More