A little local night I’m playing at alongside oldskool stalwarts 2 Bad Mice and Billy Bunter. Check it out if you’re in the Hertfordshire area. Line up Law Billy Daniel Bunter OneDek Rory D DyaZide Kaotic Chemistry Hosts on the night will be Funktion IcenMC Craftee Tickets will be just £5 OTD. All in aid
Read More I always like try and help promote the, increasingly few, local nights around Hertfordshire. This one comes courtesy of Hertford based collective 28 Beats Later. Headlining proceedings is Dread Recordings legend Ray Keith, alongside one of the all time great drum & bass MC’s; Det. 28 Beats Later presents… The Infection Ray Keith & MC
Read More 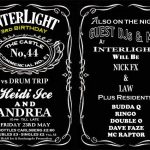 On Friday 23rd May I’ll be laying down a mid 90s selection at InterLight’s 3rd Birthday in London. It’s a great little night with a good musical crowd and cheap drinks – but best of  all, its an oldskool special! On the the bill we have InterLight’s own Nibbers and Heidi Ice, FX of Demonic Possession
Read More
Recorded live at Carbon’s 6th Birthday event at the Concorde 2 on the 20.3.2010 Brighton X Nation aka Stimpy with a set of classics alongside some more obscure bits from 93/94. Carbon 6th Birthday 20.3.2010 – X Nation oldschool jungle by X Nation Wots My Code – Dubplate (Simply Rolling remix) – Advance Pascal &
Read More 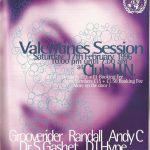 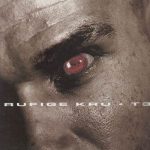