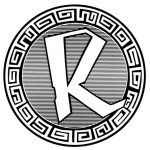 I found this one on my, sometimes costly, travels around Discogs. Despite being a huge Goldie fan, I had never heard it before, and was not disappointed when I found the YouTube video. I know nothing the Pat Metheny group other that what Discogs told me; they are a “jazz fusion band founded in 1977
Read More Goldie has had a busy 2013 and shows no signs of slowing down. Headz is stronger than ever, his retrospective LP ‘The Alchemist’ dropped and his new art exhibition “Lost Tribes” opened in November. Thankfully he has still found time to relaunch his website and upload some gems to his new Soundcloud page @Goldie-Official. This
Read More