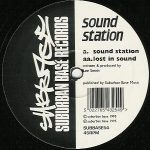 This is a guest post from Snakey. After his last ode to Danny Breaks – Droppin’ Science Vol 1, he returns to dig out a lost gem from the Suburban Base archives. The casual steppy intro of this oft overlooked Suburban Base monster does little to reveal what’s coming after the breakdown. Similar in style
Read More 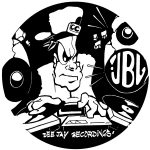 Today’s “Tune Of The Day” is a guest post by regular reader Daniel Norman who picks out an slept-on track by an underrated producer in Fokus’ “Jazzed Out”. A great record from a golden era. Despite the 12” containing one of Simon Bassline Smith’s finest deep jungle moments and also a quality Pete Parsons remix, the standout track
Read More 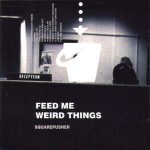 I first got into Squarepusher about ten years ago after buying his second album ‘Hard Normal Daddy‘ on Warp Records. It’s a real interesting mixture of genres with a constant jungle influence and some nice jazzy moments, especially with another one of my favourites ‘Papalon‘ (I’ve dropped this in D&B sets a few times). A lot
Read More 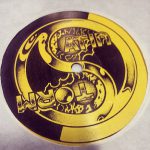 The quality of music production and studio skills in general has always been an interesting topic for me. Many have argued that the move away from outboard synths and hardware and onto entirely digital workstations like Logic or Cubase (with VSTs) has in some part contributed to the decline of musical creativity within the drum
Read More A double A-side here from Nookie and the not quite so well known Drakey on short lived label Symphony Sound. I can’t claim to know a huge amount about the label Symphony Sound, but perhaps the biggest tune they put out was the Stephen King’s ‘IT‘ sampling ‘Pennywise‘ by Neuromancer (which was by Drakey I believe). But
Read More 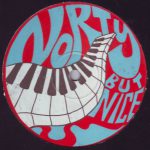 *Disclaimer* I’m not a happy hardcore fan. Once it hit 95′ and it all went very fast, very 4-4 and all just a bit mad; it really wasn’t for me. However, go back to 1992, just before darkcore took over, and I am a huge fan of happy sounding, piano led tracks. And when I
Read More