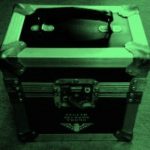 The great Total Science have dusted off their record collection and dug out some big classics for their Soundcloud account. Spinback and Quiff go way back to before the hardcore days when they met in the late 80s. It wasn’t long before Quiff AKA Q-Project jumped into the studio to release his debut EP entitled
Read More 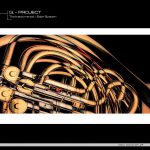 Released on LTJ Bukem’s Looking Good Records in 1996 The Instrumental by Q-Project is a great example of the “intelligent” drum and bass sound that LTJ Bukem was pioneering at the time and the style of drum and bass that I personally love. The excellent use of a sample from the intro of Lonnie Liston Smith
Read More Two Bargain Jungle’s in 1 week! This one is brought to you by Funky Technicians, known now as the prolific duo Total Science (Spinback & Q Project). The tune starts off with a extended intro that slowly builds up with pads and rides, which then falls into a healthy amen break that is sure to make
Read More Total Science might not be at the same standard these days, but from 1992 to the turn of the millenium they were (along with Dillinja) the most consistent and productive producers around, and they could easily turn their hand to any style. Split Personality came out on Timeless in 1996, sounding very much like Source
Read More