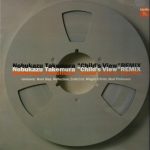 Today’s slice of bargain jungle is a beautifully understated remix by Bristolian’s Roni Size and DJ Die. “Searching” is a cut from renowned Japanese DJ Nobukazu Takemura’s debut album “Childs View“. The original mix of “Searching” is a downtempo acid jazz piece released on the LP in 1994. Released on a Childs View remix EP in the same year,
Read More I rarely find time to make mixes any more but had been planning to do a hardcore/jungle crossover mix for some time and thought that the Drumtrip readers would probably enjoy this. Finding a few hours spare one Sunday recently I gave it a go and the mix below is the result. The mixing a
Read More