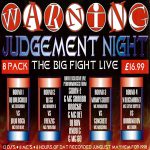 Judgement Night, a name I would associate with the likes of 2000 AD’s Judge Dredd and it’s various characters but this was no comic book affair, this was Warning’s headline for it’s 1997 event themed about boxing. Picture the scene, a smokey venue, dimly lit and packed full of junglists waiting for the next tune
Read More DJ Hostyle (one half of Tekniq) talks to Jamie S23 about their early releases and production techniques, life with Formation Records and his time within the jungle scene. What’s next for this talented dj and producer? Read on the find out.. Having been a producer since the early 90’s your journey into underground dance music
Read More Looking back at the golden era of classic tape packs with Jamie from Section 23 – this episode focuses on United Dance, an extremely popular event held at the Stevenage Arts & Leisure Centre. Causing an Eclipse to outshine The rave scene in Cambridge between 1992 and 1994 was incredible and dominated mainly by Stuart
Read More 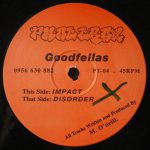 Phat Trax was a subdivision of the Trouble on Vinyl label that lasted from 1995 to 2001 featuring a whole host of undercover tunes that never received the attention they deserved. Although some of the producers were previously unheard of, the label did feature tunes from the likes of 175 Crew and Notorious J. As
Read More