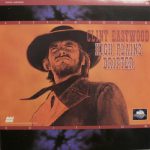 Friend of Drumtrip, DJ Recoil from across the pond in Canada hits us with yet another punishing mix of deep and dark jungle. A real vintage and sometimes obscure selection featuring an unreleased track from jungle vet Bay B Kane. A few words from the man himself…. This is a mix I did yesterday – March 18th.
Read More

Drumtrip TV Show #2 featured DJ Elevate. It was a great selection with quick mixing and even a little bit of Hype-esque scratching too. Track List Omni Trio – Future Frontiers Cloud Nine – Jazzmin Wots My Code – Dubplate Lords Of The Null Lines – Disturbance (Tango Remix) Under Rhythm London – Sub Circle (Remix) –
Read More
Tidy mix here by Evade Roughneck tracks from the Kemet crew, Remarc, EZ Rollers and more. A word from the man himself; I gone done did a mix, ennit. There are a few lesser known tunes in there along with some classics. It’s available to download and stream from Soundcloud. The track listing is as
Read More
A mix from myself here, a random selection of a few not so obvious tunes. Tracklisting looks like… 01.. Remarc – Ricky (Remarc & Lewi Cipher Remix) – Dollar 02.. Funky Porcini – King Ashabanapal (Dillinja Remix) – Ninja Tune 03.. Desired State – Killer Beat (Q-Bass Remix) – Ram 04.. Suburban Knights – State
Read More