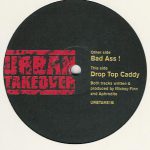 So here goes then, my first post on Drum Trip… hopefully this will work as intended. Urban Takeover, one of Drum and Bass’s biggest borderline commercial labels of the mid 90’s, had its biggest success with Mickey Finn and Aphrodite’s ‘Bad Ass’ which featured on not only every top earning DJ’s sets during 1995 but
Read More