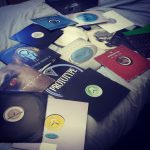 Drum and bass at the moment feels very old skool, very Headz, very Blue Note. For a couple of reasons I think… Goldie has just celebrated the twenty years in the game with the retrospect album ‘Alchemist’ and of course has been promoting it heavily on TV, radio and online. The highlight being his three
Read More