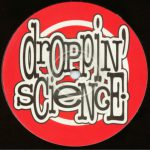 Guest post by friend of Drumtrip @5nakey who gets all bleary-eyed writing about his love for Danny Breaks – Droppin’ Science Vol 1. (extra props for dreaming up the phrase ‘michelin starred musical cake’) In 1994 jungle music was alive with ideas. Before the split the happy hardcore was totally complete there was still cross pollination between
Read More