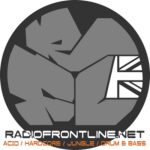 The state of post millennium drum and bass Since the turn of the millennium there has been a worrying phenomenon within the D&B scene – really great producers often get bored and look elsewhere. Well, its not quite as simple as that so let me explain. Since it’s creative peak in the mid 90s, beyond
Read More