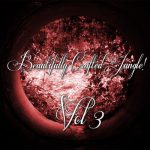 A bit of a special edition of our bargin jungle feature today as it is not just the one tune being featured, but eight! Certificate 18 started life as forward thinking hardcore label with a techno influenced sound, early stalwarts of the label included the legendary Photek, Source Direct and Klute among others. Photek dominated the early
Read More