After a month off, Law returned to Drumtrip Radio with a Lemon D vs Dillinja soundclash! Who do you think won? Get the schedule and archives for Drumtrip Radio at drumtrip.co.uk/radio/ Follow us and get alerts for the shows at mixlr.com/drumtrip/ Tracklist 01. Capone – Untitled (Black Wax EP) – Target 02. Underworld – The
Read More 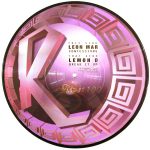