A little interview here in the May 1994 edition of Atmosphere Magazine. Big thanks to JJ @ Deep Inside The Oldskool for the scan. When was Foul Play formed? Foul Play was formed two and half years ago, we all met whilst DJing for various clubs such as Helter Skelter at Milwaukees. Foul Play consists of three people; Stephen Bradshaw (Brad), John Morrow
Read More 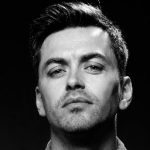 I caught wind that one third the legendary Foul Play, John Morrow, is now on Twitter and is back to producing smooth and jacking house under the alias of Skeleton Army (check out the Soundcloud). Whilst perusing that Soundcloud account I come across a Foul Play mega mix put together by John himself. The mix
Read More