I rarely find time to make mixes any more but had been planning to do a hardcore/jungle crossover mix for some time and thought that the Drumtrip readers would probably enjoy this. Finding a few hours spare one Sunday recently I gave it a go and the mix below is the result. The mixing a
Read More
J-Rolla has a record collection that would be the envy of pretty much anyone, I often gawp it on Discogs and try desperately to find a 12″ of mine that he doesn’t own, I rarely win. To further reinforce this fact he often puts together splendid mixes across the hardcore, jungle, D&B spectrum as well as Dubstep and probably
Read More 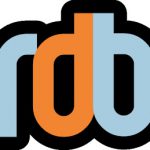 To help promote Sci-Wax and the Rolldabeats night at the Castle, Equinox and Haste recorded this live on his Sci-Wax radio. I guested on Equinox’s Scientific Wax radio show last Sunday and there’s a little mp3 recording of it to download if you’re into that kinda thing 00:00 – Equinox A load of new Scientific
Read More A splendid mix from Uncertified and Good Looking Records DJ Madcap. If you know the name, you will know the reputation for oldskool sets that comes with it and this mix is no exception. Madcap ‘Class Of 93’ Vol.1 by Madcapuk on Mixcloud 01. Pulse & Wax Doctor ‘Lay Back’ Creative Wax 02. Pulse &
Read More