Friend of Drumtrip, DJ Recoil from across the pond in Canada hits us with yet another punishing mix of deep and dark jungle. A real vintage and sometimes obscure selection featuring an unreleased track from jungle vet Bay B Kane. A few words from the man himself…. This is a mix I did yesterday – March 18th.
Read More
J-Rolla has a record collection that would be the envy of pretty much anyone, I often gawp it on Discogs and try desperately to find a 12″ of mine that he doesn’t own, I rarely win. To further reinforce this fact he often puts together splendid mixes across the hardcore, jungle, D&B spectrum as well as Dubstep and probably
Read More 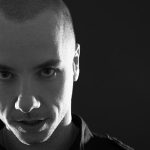 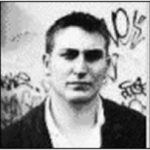 Wax Doctor has always been well respected in jungle circles but is perhaps underrated or even unknown the D&B mainstream these days. Maybe best known for his Metalheadz releases and partnership with Alex Reece, he produced some truly beautiful tracks around 1995/97. This one is a fine example, two jazzy numbers, and best of all
Read More