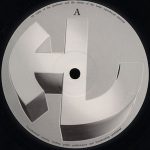 Decoder (also known as Orca for the early jungle heads) has brought, in my opinion, his most solid releases from 1995 to 2000. Decoder, or Darren Beale as it says on his passport was been responsible for a huge amount of hardcore, jungle and drum and bass since his early outings on Lucky Spin and Deejay Recordings. Under
Read More
A mix from myself here, a random selection of a few not so obvious tunes. Tracklisting looks like… 01.. Remarc – Ricky (Remarc & Lewi Cipher Remix) – Dollar 02.. Funky Porcini – King Ashabanapal (Dillinja Remix) – Ninja Tune 03.. Desired State – Killer Beat (Q-Bass Remix) – Ram 04.. Suburban Knights – State
Read More Noisemonkey of Subvert Central has compiled a most excellent mix of pretty much all the STU releases by vintage label Lucky Spin. Lucky Spin and it’s main offshoot Deejay Recordings were huge and pioneered what I can only describe as ‘Deep Space Jungle’, DJ Crystl in particular but also Orca (aka Decoder), Slipmaster J, DJ
Read More