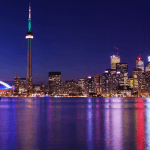 Goldie has had a busy 2013 and shows no signs of slowing down. Headz is stronger than ever, his retrospective LP ‘The Alchemist’ dropped and his new art exhibition “Lost Tribes” opened in November. Thankfully he has still found time to relaunch his website and upload some gems to his new Soundcloud page @Goldie-Official. This
Read More
This might be the second mix of Eazyflow we have featured, this one thunders out some classic darkcore styles with some total classics like Shot In The Dark and Terminator, alongside few more obscure bits in the mix. Following on from the early 93 mix I posted a couple of weeks ago which was on
Read More