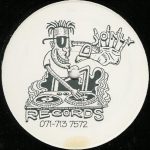 All together now… “You had it, you had it oh boy” From a time where tunes really were anthems, when tunes caused an entire venue to rush their gurning faces off. And not many did it better than this track. Bass Selective were a collective of four, one of which was T-Power, who put out a
Read More