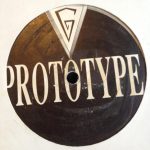 If you haven’t worked out by now, I am a bit obsessive over Rupert Parkes’ AKA Photek’s early works in the first half of the 90s. Some of his most elusive and hardcore drum and bass productions were not under the Photek moniker but recorded under a series of different names. In this mix we feature probably
Read More