Good friend of Drumtrip, DJ Monita, is re-launching Skeleton Recordings for 2014. To start proceedings, he is not only repressing the Bukem favourite “The Razors Edge”, but is also including some excellent new remixes. Limited Edition 12″ clear vinyl with full colour printed sleeve. Tracklist: A – The Razors Edge (Original 1994 Version)AA1 – The
Read More

Drumtrip Radio welcomes none other than DJMonita for show number 9. Monita strolled through a connoisseur’s selection between 1994 and 1997, with a few of my personal favourites, and some tracks that were new to me. soundcloud.com/drumtrip/sets/drumtrip-radio Get the schedule and archives for Drumtrip Radio at drumtrip.co.uk/radio/ Follow us and get alerts for the shows at mixlr.com/drumtrip/ Tracklist
Read More 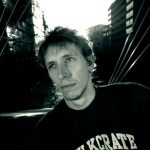 Great mix here by Miami junglist DJ Vetoe. It’s definitely worth checking out Vetoe’s Soundcloud page, he’s a man after my own heart who has recorded several all artist and all label mixes, including some great Moving Shadow selections, and an all Digital mix. Dominic Angus, along with his trusty Roland S760, has been one of
Read More Drumtrip Sessions #07 – DJ Monita (Interview and Mix) I am very pleased to say that Drumtrip Session seven comes in the form of an interview and mix by boss of the excellent Skeleton Recordings, and of “Luv Ta Luv Ya” fame; DJ Monita. I caught up with the man himself on Twitter and he
Read More TOTD is a dark classic by DJ Monita…. The original version of “The Party”, under the Skeleton Krew alias, was the second release from Skeleton Records in early 1993. The remix however by Monita is definitely my favourite. It takes things in a slightly more ‘drum and bass’ direction and is a shade darker with eerie
Read More