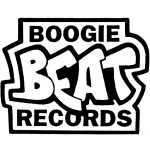 Quite a cult tune this one, motivated by the air of mystery surrounding the producer. Released on the relatively short-lived, but prolific hardcore and jungle label ‘Boogie Beat‘ in 1995, ‘I’ll Be There‘ is hypnotic and frantic, but also quite a deep cut. Starting with ethereal bells or chimes it builds up before a razor sharp amen and sub
Read More